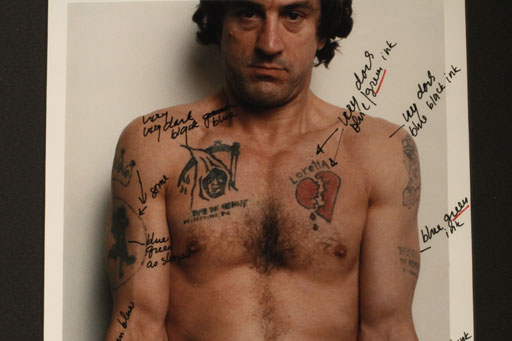 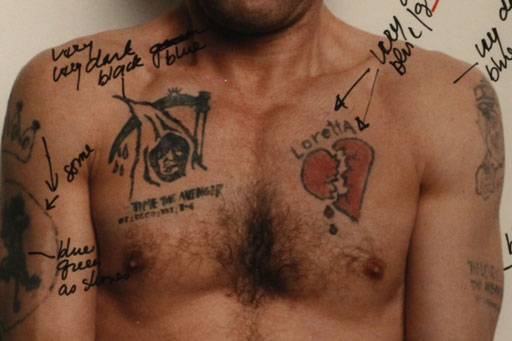 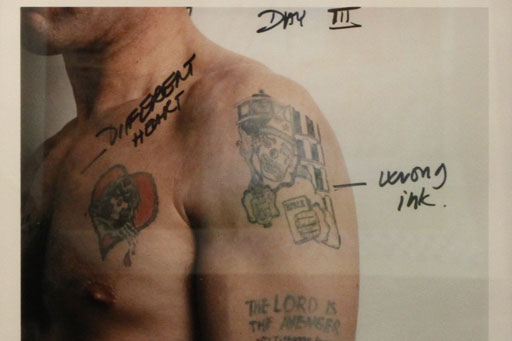 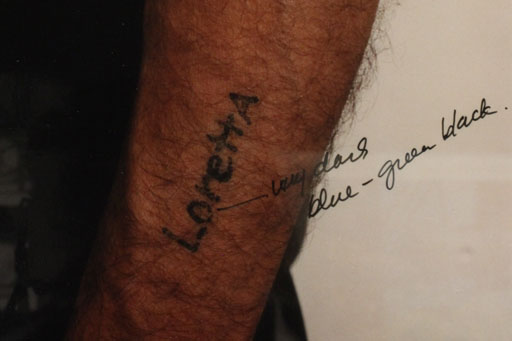 The male protagonists in Scorsese’s films are often restless, frustrated loners. In Cape Fear, Max Cady is an ex-prisoner with an obsessive grudge. The photos here show the different designs for Cady’s tattoos:

Here in terms of Bob De Niro as Max Cady in the remake we did of Cape Fear: He wanted to be covered with tattoos so we worked a long time on it. One interesting thing that you notice here is in the picture on his right arm is a panther. That’s a real tattoo. The first time - he never showed it in films - he doesn’t usually show it in films - but he had it shown in Mean Streets, also. I see he’s got a broken heart there for Loretta. Yeah.

There was a line that Wesley Strick came up which was so funny with in the script. Where Robert Mitchum says – when he’s looking at him being booked in the police station and he says, “I don’t know whether to book him or read him!”

De Niro’s preparation for the role of Max Cady included an intensive fitness program. During rehearsals and filming, he got up every morning around three a.m. training for three to four hours before he went on set. To make sure his style of speech was as authentic as possible, he also studied various recorded interviews with convicted rapists and murderers.

Update Required To play audio, be sure to enable JavaScript, and run a browser that supports HTML5 MP3 audio, or update your Flash plugin.
6
8